Waves represent a vast and untapped resource with great potential for providing renewable energy around the world. Waves are formed by winds blowing over the surface of the ocean. The strongest winds circle the globe from the West at relatively high latitudes so the regions with the most energetic wave climates are the western coasts of North and South America, Europe, Southern Africa, Australia and New Zealand.

The current cost of these wave energy technologies is very high. Cost must be reduced for the industry to become commercially successful. It is likely that this will be achieved at least in part through consolidation around successful device types and standardisation on generic components. Consolidation and standardisation have played an important role in the development of many other emerging technologies.

The design is mechanically simple and hence offers the prospect of high reliability in the challenging marine environment. Furthermore, as a direct drive electrical machine, its control systems can be rapidly altered in real time using solid state power electronics, rather than failure prone mechanical components. This offers the prospect of continuously altering the spring/damper characteristics of the linear generator to maximise the amount of energy captured from irregular sea states. 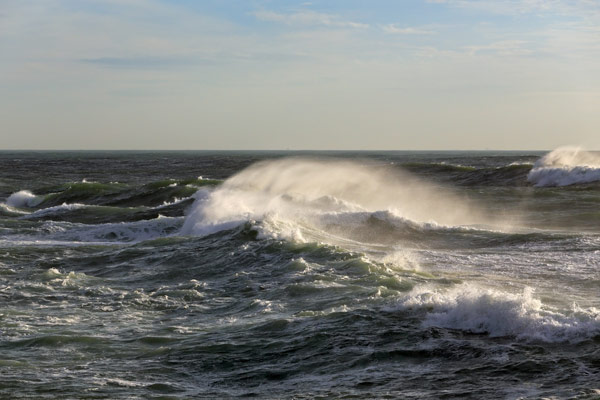